“The Best of Both Worlds”

The Hackamore Tradition: Bosal or Hackamore?

“The vaquero’s hackamore comprises a headstall, or hanger, the mecate rein, and a braided nosepiece, commonly referred to as the bosal. Traditionally, however, this term was not used in the sense it is today. In Spanish, bozal literally means ‘muzzle’ and originally referenced only the pencil bosal, or the small bosalito worn under the bridle in the hackamore horseman’s two-rein setup.” 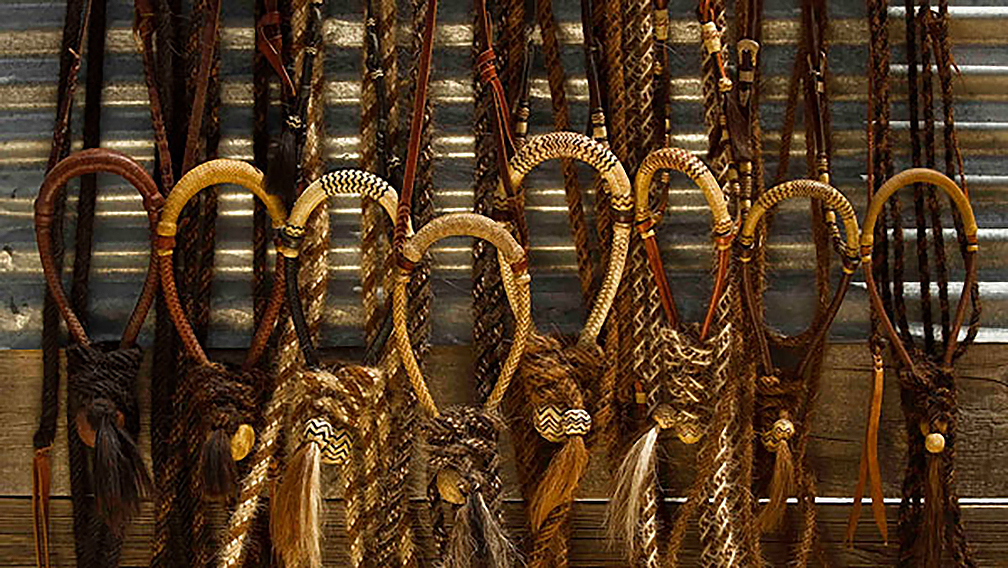 The history of the Hackamore and Mecate goes all the way back to 4,000 BC. The first Hackamore was probably a piece of rope placed around the nose or head of a horse not long after domestication. These early devices for controlling horses may have been adapted from equipment used to control Donkeys and Camels.

“How such a simple concept became so complex is beyond many dyed-in-the-wool traditionalists”. G.T.W

The hackamore, has an extremely ancient origin, which was introduced into the America’s by the Spanish and its use had travelled up into North America from Mexico, probably with the Jesuits on a burro or mule as they founded their mission’s up the North American West Coast. The Spanish Crown before the Mexican-American War, had given over massive land grants of many thousands of acres in what is now Texas, New Mexico and California to encourage the first ranchos to be founded by the Spanish Vaqueros’ (Criollo people of mixed Native American and Spanish blood) who became the first North American Cowboys. 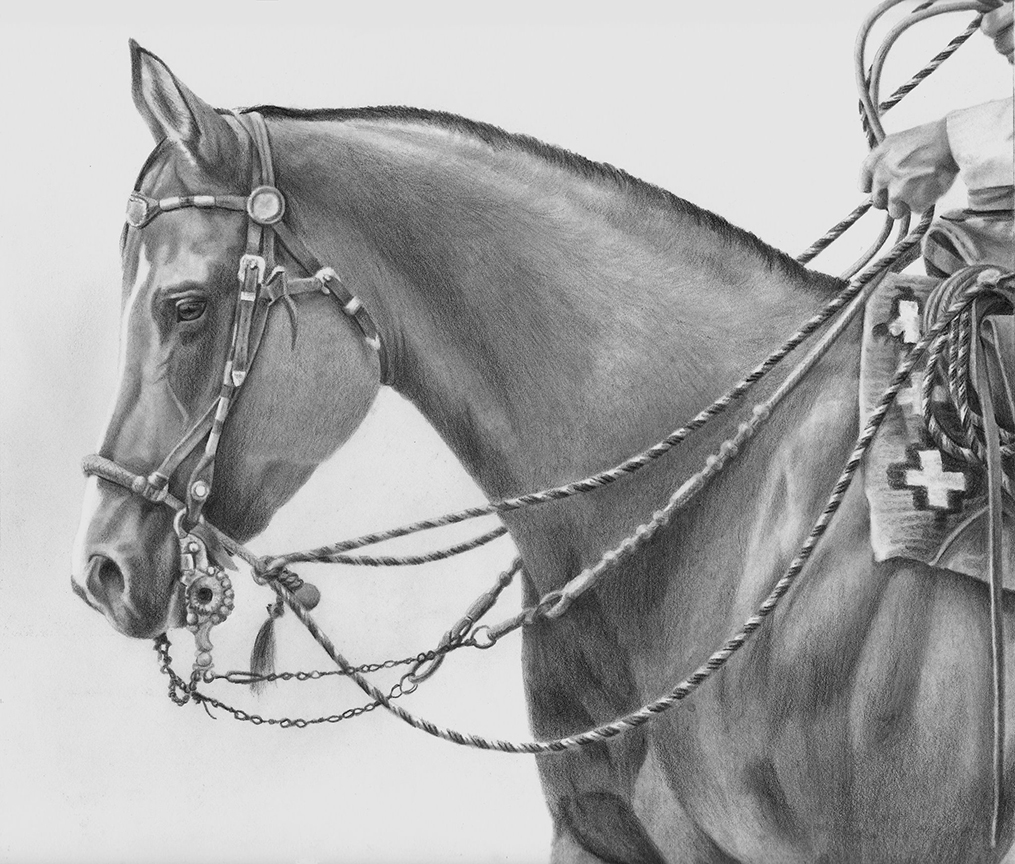 “under bridle bosel” used with a shorter-lead mecate for finished bridle horses. It is fine braided, usually not more than 1/4” in diameter, fitting subtly beneath the bridle.

There are three types of braided “hackamore”. One to use alone, in the earlier stages of training. It is usually 3/8”to 7/8” in diameter. The next level is the small “ two rein” variety, usually 1/4” to 5/16” in diameter,and is worn with the bridle and a small mecate. The third piece of equipment often confused with the hackamore is the even smaller “under bridle bosel” used with a shorter-lead mecate for finished bridle horses. It is fine braided, usually not more than 1/4” in diameter, fitting subtly beneath the bridle. It is a lead as well as a mark of distinction for the bridle horse schools of thought. 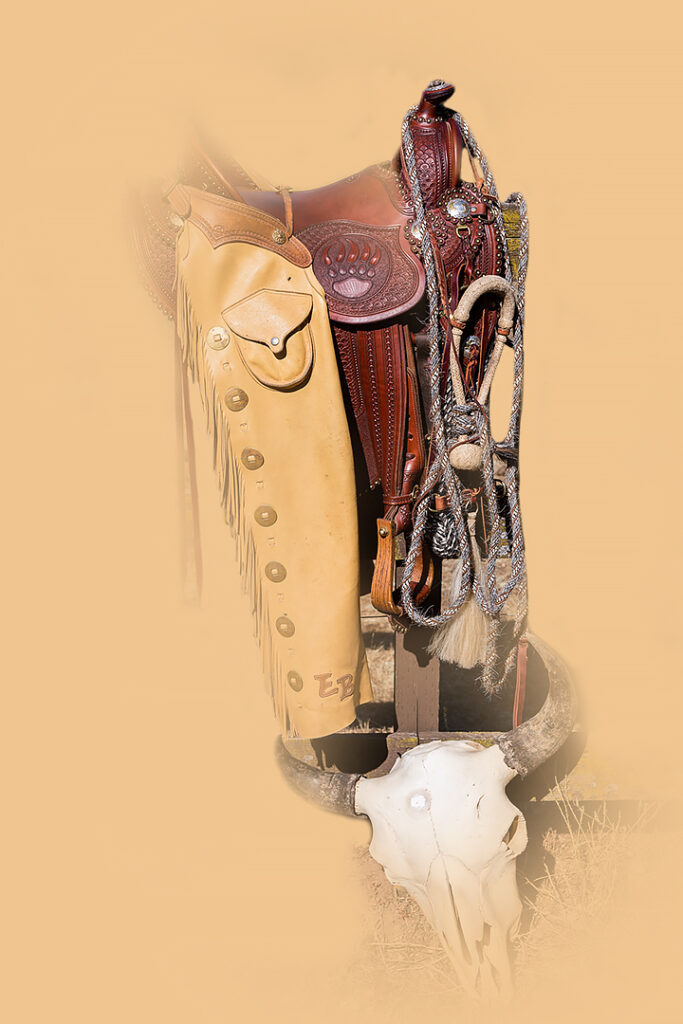 The hackamore brings with it a unique feel all its own. Both hands are used to operate the mecate, but the rider only apply pressure with one hand at the same time. There are two traditional schools of thought when it comes to using the hackamore.
It is purely a training and transitional device and that the snaffle is the starting point.
The hackamore is the starting point with the transition into snaffle/ bridle. However, we also believe that once a horse has been spared the snaffle and starts in the hackamore that it may continue indefinitely without moving into the snaffle. There are horsemen who are adamant the snaffle should be the initial introduction with the aspiration of obtaining a classical profile and others who extol the virtues of the hackamore preserving the mouth and attaining lightness and feel. Such opinions can provide confusion to those currently riding their horse in the hackamore and for those considering starting with a hackamore. These are two very different perspectives when it comes to considering both the mentality and physicality of your horse and your own personal ambition.
For the ideals of our form of horsemanship, the hackamore is the perfect solution for starting a horse and preserving their tender mouth( 2 years -permanent teeth start revealing, 3.5 years to 4.5 years – incisors start breaking through, year 5 full set of teeth) and for developing a horse that understands a true passive control. 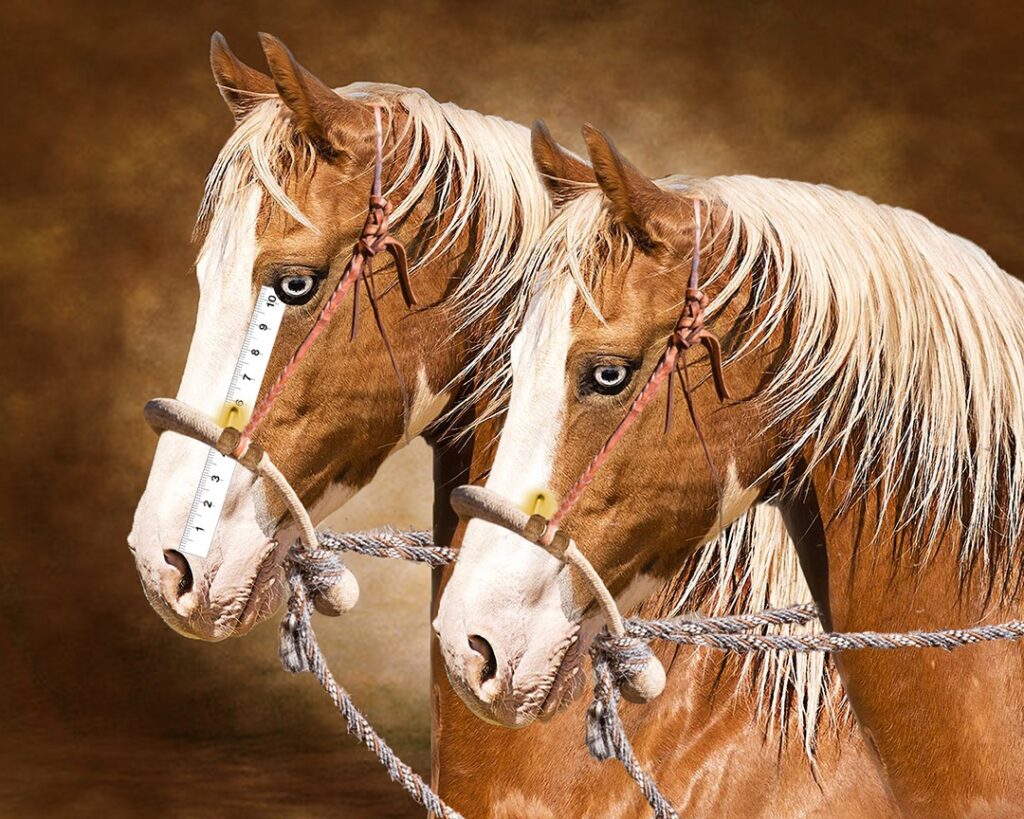 Correct fitting and placement are essential to ensure that cues are relayed effectively. The bosal nerve knots are always “on” and become pressure points of discomfort for the horse. The bosal’s nose button should generally rest on the bridge of the nose approximately half way between the horse’s eyes and nostril, with the heel knot and mecate wraps resting at the chin, without any tight spots or excessive gaps anywhere. The heel knot should always hang lower than the nose button.

Permanent link to this article: https://cowboydressage.info/the-hackamore-tradition/